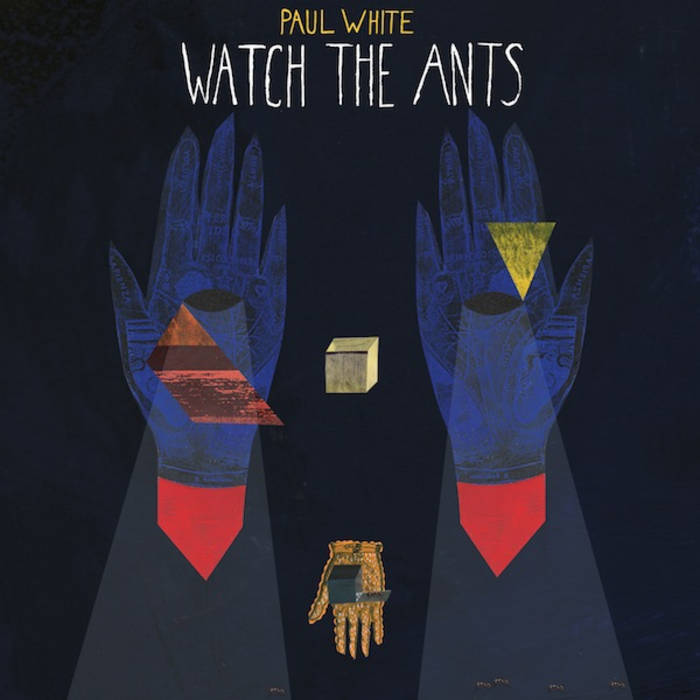 András Szepesi Catchy, yet exciting, raw and polished, with an adventurous vibe. Favorite track: Minus.

Paul White is sure to further solidify his reputation as one of the most innovative producers in hip-hop and beyond with his new EP. The South Londoner is joined by the motley crew of Trim, Sean Price, Homeboy Sandman and rap superstar-in-waiting Danny Brown, who recruited Paul to produce nearly half his forthcoming album 'Old' and cited him as “my fav producer to work with”.

First single 'Street Lights' features Danny Brown, whose vivid portrait of a Detroit blighted by poverty and neglect is a perfect foil to White’s pounding war drums, strings and spectral choir. Trim, the ex-Roll Deep member and James Blake collaborator, invites you to 'Get Your Head Round This'. He weds his unique delivery and caustic punchlines to a beat which shows that while other producers flock to the trap, Paul White heads to the toy shop. New York heavyweight Sean Price offers grim threats over the exotic instrumentation of 'Slugs Don’t Hug' before rap’s most likeable lyricist, Homeboy Sandman – who featured on Paul’s last full-length, 'Rapping With Paul White' - lets in a little light on 'Find A Way'. His melodic, contemplative wordplay over a bassline groove and psyched-out washes of reverb should allay any doubts that hip-hop ain’t what it used to be, while serving as a teaser for his Paul White-produced EP due on Stones Throw this year.

Though it boasts an enviable roster of MCs, 'Watch The Ants' also contains plenty for fans of White’s instrumental work. Alongside the rappers, familiar names like Roland, Moog and Korg crop up throughout. They’re joined by an array of more surprising instruments such as finger cymbals, conga, and kzink kzink, all of which White plays himself – and see if you can spot his vocals. He can still make a killer beat, but on 'Watch The Ants' Paul White hints at forthcoming explorations of krautrock, new-wave and psych. 'Minus', 'Divining Rod' and 'Seagull Conscience' are hard to categorise, existing in intriguing sound worlds of their own.

'Watch The Ants' unites all White's tendencies, from prog and psych to his beats sensibility and easy affinity with rap, with a newly expansive and ambitious approach. Brimming with new ideas, Watch The Ants may showcase Paul White’s well-documented hip-hop chops to perfection, but it also positions him on the cusp of an exciting new musical phase.